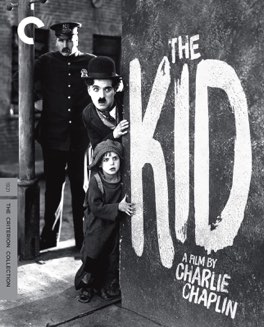 Any film where a kid is separated from his father is just going to make me want to go wake up my own and hold him tight.

It would not surprise me if there were plenty of people for whom the sentimentality of Chaplin is a major drawback to his work. He definitely loves a happy ending, and the emotions he most often trades in are definitely a bit on the maudlin side. Having said that, I am absolutely not one of those people. Especially since becoming a father, I absolutely eat it up.

This one hit me straight in the feels, as the kids at one point said. As the parent of a child not much younger than the one in this film, it felt like it was made just for me. The pathos of the separation between the two was powerful, but so were all the little kisses of their bond. It was shockingly well done and it hit me hard.

By contrast, this wasn’t the funniest Chaplin film I’ve seen. I don’t know if those two are related, but they might be. Perhaps in this case the scales tilted a bit too far on the side of sentimentality, to the detriment of the comedy. That’s not to say there were no laughs, there were many, but I was ultimately far more interested in the narrative.

The film does an amazing job of showing the bonds of fathers and sons, and a fairly terrible job of showing the bonds between mothers and sons. The abandoning of the titular kid at the beginning feels perfunctory, and we never really learn what happened to make the mother change her mind. It assumes a lot. There’s something to be examined there, I suppose, but as a father I’m just going to keep appreciating this. - Dec 30th, 2021