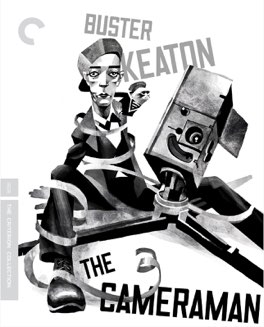 I don’t think Buster Keaton gets nearly enough credit for having been in absolutely phenomenal shape.

There are three comedians who are generally considered to have been the most important of the silent era. Harold Lloyd, Charlie Chaplin, and Buster Keaton. The first two have appeared here many times over the years, but this is the first Keaton feature film I’ve had the pleasure to watch.

What struck me the most was the physicality with which he performed. That’s something I usually associate more with slapstick, a brand of comedy I am very much not a fan of. The types of comedians I usually go for are Marx Brothers types. Or Chaplin and Lloyd even, both of whom have some physical presence in their comedy, but nothing like this.

Keaton was a serious athlete. When he runs down the street I started to wonder if the film had been sped up at all. Knowing that he actually did all of these stunts is mind boggling. How the heck did he manage to not kill himself doing all of this? It’s just so impressive, before you even factor in how absolutely hilarious it all is. - Nov 8th, 2021