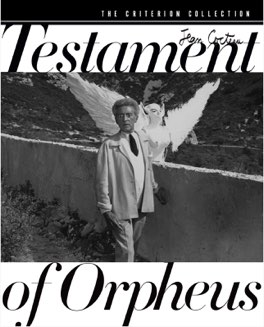 Jean Cocteau definitely used a capital P anytime he used the word poet. I have no real idea what this was about, and while it was pretty, it was also so boring.

There are parts of this that are simply visually delightful. Jean Cocteau, like Karel Zeman in a way, was so adept at making the most of the practical effects at his disposal. When people nowadays talk about what we’ve lost with the advent of ubiquitous CGI, this is what they mean. There was such an incredible can-do spirit to this era of visual filmmaking. I miss it.

Having said all of that, that was the only thing I liked about this film. Allegory, and poetic filmmaking, remains deeply not for me. Don’t get me wrong, I want to like this stuff, I just really don’t. I find myself immediately frustrated and bored. This film in particular, with its interminable middle “court” scene, was just such a chore to get through.

There’s a certain way young designers talk about design. I’ve always described it as being able to tell, when they’re speaking, that they are pronouncing design with a capital D. They’re saying Design, with reverence. That’s the way Jean Cocteau says poet. Poet. Poetry is a justification and universe all of its own to Cocteau. That’s beautiful, it’s just not for me. - Nov 2nd, 2021