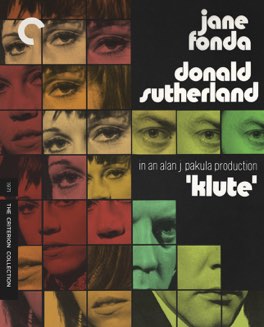 It’s the utter lack of sensationalism that does it for me. This is a scary story told with an atmospheric matter-of-factness. It’s damn near perfect.

I am not now, nor have I ever been, a sex worker. My understanding of that life comes from a mixture of friends, internet people, books, and movies. This movie in particular is surprising in its presentation, without judgement or opinion. From what I can tell from all of that, a lot of being a sex worker is about projecting a fantasy person into the world. Of being able to embody someone that someone else finds desirable, through varying degrees of self denial. It’s acting.

This film has a lot going on, and there are undoubtably many angles one could take when writing about it. What struck me though was a scene where the main character of the film, an aspiring actress, model, and sometimes call-girl named Bree, is having a therapy session. Movie therapy is overall a mixed bag, but this one feels surprisingly accurate to my own real world experience.

In her session Bree is discussing her new relationship with the titular Klute. She’s sharing her realization and discomfort with the fact that she enjoys being intimate with him. That it gives her actual physical pleasure, which is something she has never felt before with a partner. More than that, she’s explaining that she wants to enjoy these new feelings, but that she’s constantly fighting the desire to sabotage it all. Her life of numbness and manipulative control of her clients has become more comfortable to her than any kind of happiness.

She is especially confused by Klute’s acceptance of her, despite his having seen her in so many situations where she doesn’t feel she’s been at her best. He has been with her, not one of the manipulated fantasies that she has relied on to feel a measure of control over the men she has had sex with for money. Later in the film we see the two of them out shopping together. It’s a cute scene, but she is constantly switching between being close and coupley with him and pushing herself away out of discomfort and confusion.

It struck me, because on some level that’s what being in a real relationship is about. It’s about being ok with someone seeing you for who you actually are. Seeing you with warts and all. Seeing you when you’re not at your best. First dates are all about manufactured presentation. They’re about imagining a person someone would want to be with, hoping that someone is on the date with you, and living out that fun fantasy. Actually growing with someone is something completely different.

It’s scary. It’s so very scary, to let someone see all of you, and hope they stick around afterwards. It’s a loss of control, and a loss of some independence. Your image is no-longer completely under your own control. Someone knows a more real, unfiltered you. It can be hard to be ok with that, but it’s also the only way I know to find any real lasting happiness. - Jun 10th, 2021