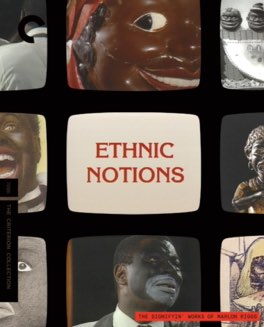 This should be foundational material in American education. Until we understand these ideas, and how to combat them, we cannot move forward or grow.

Throughout the seven years I’ve been doing this, I have gone through many periods where I was less motivated to watch these films and write about them. I think that’s totally normal and reasonable. This is a hobby. It’s meant to be fun and rewarding. When it feels like work then it’s not worth it. I say all this to say that I’m currently in perhaps the deepest of these unmotivated periods at the moment. I’m sure it will end eventually.

In the meantime, I wanted to watch this, and I’m really happy I did. It gives me some satisfaction, albeit it of a really dark kind, that these ideas were already being talked about this long ago. We tend to think of everything that’s happening now as new in some sense, but no, of course, this level of discourse on the insidiousness of stereotype images has been around for a long, long time.

What has struck me for the last few years is how much the negative effects of all of this impacts the targeted group internally, not just externally. Certainly this type of media undergirds the systemic and personal prejudices that minorities face in our lives. But there’s another piece to this, one that I have also lived first hand. This type of media convinces us that we really are as bad as the media is saying we are. It prejudices us against ourselves.

It’s impossible, at least for me, to hear something over and over again, and not at least question whether it could be valid. Like, how could so many people believe something, and it not have some truth to it? Even when that belief is something about me, even when it’s something I know isn’t true. I end up arguing with myself, against myself, trying to convince myself. It lowers my self-esteem, it lowers my willingness to try things, and it has had direct impact on my behavioral choices. I’m so intent on not being a stereotype, even sometimes to my own detriment.

This type of overtly awful material is, thankfully, mostly confined to truly awful portions of the internet these days. Mainstream products and media are not like this anymore. But those awful sentiments remain, and there are new ways that this type of thing is still reinforced. Had Marlon Riggs lived, I could see him making a follow-up on social media and the way these types of ideas have merely mutated into new and equally pernicious forms.

We should be teaching our children how to recognize these things. Media literacy should be taught in school. We should also be teaching this history and explaining the incredibly powerful and negative impact it has had. We should be raising our kids to understand this, to fight against it, and to protect themselves from it. We are, of course, doing none of that. - Aug 1st, 2021