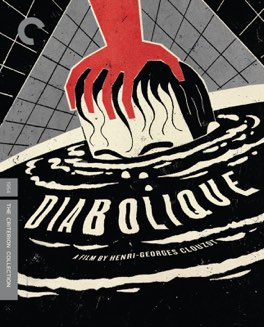 With all the anxiety I’m getting from the real world these days, it was honestly kind of a nice break to have some of the old familiar movie magic variety.

This simply didn’t provoke any deep thoughts, or ideas about myself or the world. This is definitely inside baseball, but that’s a challenge I face doing this project. I watch these films and I want them to have some kind of impact on me. I try to channel those feelings, or thoughts, or ideas, into an essay that I use to capture those things for future reference. Sometimes it’s all too easy, and sometimes, like this time, it’s basically a blank.

I do think it’s interesting, to watch the relationship between the two woman at the center of this film. They are both brutalized by the same man, but neither seems capable of untangling from him. For his wife Christina, the reason given is her Catholic views on divorce. But for his mistress, Nicole, there is no such binding logic. Her reasons are hers alone, and as the film progresses we learn more about why that is. Anyway, it’s hardly a fully baked thought, I just find something very interesting about the dynamic between them.

Other than that, I can say I enjoyed this experience. I’ve enjoyed all the films I’ve seen so far from director Henri‑Georges Clouzot. I’m looking forward to watching the others that are in the collection. I hope they upgrade Quai des Orfèvres soon. For now, that will have to suffice. - May 31st, 2021