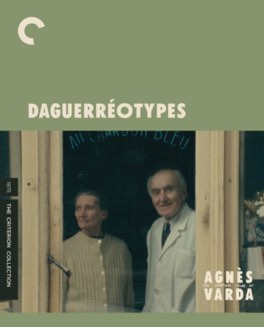 I am so totally here for this. This type of film, where you get to see a specific time and place, and specific people, is something I never get enough of.

There is something that is utterly lovely about films like this one. Films that revel in the everyday, and in the lives of “ordinary” people. Documentaries that provide a window into the past, but a very specific past. For someone who loves any kind of history it’s intoxicating.

I’ve mentioned before that I’ve never really lived in one place for all that long. As a child we moved around at a rate that I would consider a lot, especially for a family that had no connection to the military. By the time I went to college I’d lived in four cities, in three states, on two sides of the country.

Perhaps because of that, the idea of someone living in not just the same city, but the same apartment, for fifty years? It’s hard for me to even grasp. When I see something like this though, and the follow-up documentary that Agnès Varda made in 2005, I can see an appeal. To watch the place change over that kind of time. To be a holder of those stories from the past.

This documentary tells us something of the lives of a bunch of people who it is very likely we would otherwise know nothing about. If you never lived on Rue Daguerre why would you know them? I’ve lived in a lot of places over my life. More than I can easily count. And I’ve gotten to know so many business owners, and so many local residents. I carry some of their stories with me as I travel around. It’s so wonderful that this exists, for all of us to be a part of the world that Varda was living in. It’s a snapshot of a moment in time that will live forever. - Feb 22nd, 2021