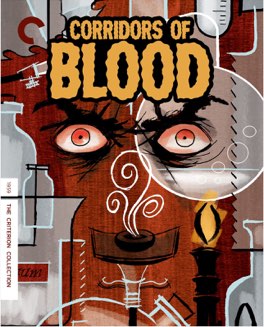 This is the worst kind of film. A boring one. At least when a film is truly bad, that’s something to focus on. It demands a certain kind of attention. Even if a film makes me angry, that’s an emotion, and gives me something to write about here. But boring is just the actual worst. Merely finishing this felt like such a chore, and I was very happy when the finale finally finished. The last three words of that sentence were more interesting than this movie was.

It’s a shame, because the premise and the themes could be interesting in another, better, film. This is the story of a surgeon working in a pre-anesthesia world, who believes that there must be a more humane method of medicine. His desire to find it leads to experimenting on himself, which in turn leads to a bad opium addiction. The drugs lead him to ruin and despair, and we all learn a good moral lesson about not rushing into things.

There is something in there about the complacency many people have with the current way things work. There is a prominent rival doctor in this film who believes that pain is an eternal unavoidable requirement of surgery. That’s a terrible view. Testing new drugs on yourself is obviously a bad idea, but so is stagnation based on “that’s how it’s always been done.” That attitude has never lead to changing anything for the better. - Oct 27th, 2021