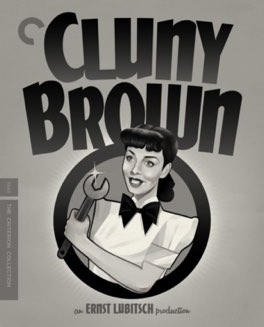 I want to like this more than I do. The supporting scenery is great but I find the leads almost completely intolerable. The second time was, sadly, still not the charm for me.

I want to like this movie, I really do. It has a lot that works, and many other people whose opinions I respect seem to absolutely love it. I just... don’t. That’s ok, of course, and in fact it makes me happy to know that I’m still able to chart my own course with nothing but my own taste to guide me. But, it did leave me thinking about why it is that I can’t really get behind this film.

The secondary characters are absolutely brilliant. The puncturing of class roles and societal expectation is done incredibly well. There’s humor and innuendo and oddball situations galore. None of that is the problem. The problem is the leads, and the characters they play. I don’t like them, and while I know this film is hailed as being feminist, I don’t agree.

First there’s Charles Boyer’s Adam Belinski. He’s weird for no reason. He’s also a bit of a creep. He seems much older than Cluny and is also clearly preying on her from the moment they first meet. His scene with Betty Cream doesn’t help things either, because it makes him seem like just an opportunist. There’s not much to really like about him. He clearly thinks he’s smarter, and better than all of these people, and is basically just a grifter. He has a few moments of well meaning, but they are always bookended with him taking advantage of someone’s kindness.

Jennifer Jones’s Cluny is the real heart of the problem for me though. For one thing, I don’t find her charming at all. That’s not her fault, of course, but the film kind of hinges on it, and so it really breaks things down. But to be honest, the reason I don’t find her charming, is that the film infantilizes her at every turn. She’s almost a Manic Pixie Dream Girl. She’s the weirdo who somehow doesn’t know anything about society or “how to behave". She’s really like a child, and she gets treated as a child by everyone else in the film.

That very much includes Belinski. He never talks to her as an equal, not in the entire film. Not even at the end when he finally confesses his love for her and whisks her away to a new life as the wife of a successful author. He almost never asks her anything, and even when he does he barely cares what her answer is. He simply tells her what to do. He doesn’t represent anything like freedom for her, just a slightly gentler cage that isn’t as upset by her wanting to be a plumber.

So what we’re left with is a love story, I guess, but between two people who are in an unbalanced power dynamic. I’m supposed to be happy that Cluny ends up with Belinski, cause at least he’s not Mr. Wilson. But he’s still a scummy jerk who tried to get her drunk the first time he met her, almost caused her to lose her job, would have left her behind, and tells her exactly what to do. I don’t like the weird adult child Cluny, and I don’t like her male savior. That seems like a problem, if I want to like this movie. - Sep 5th, 2021