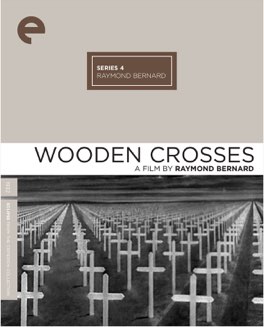 A near-masterpiece that has a few too many slow parts, but ends with one of the most powerful and affecting closing scenes I can remember in film. Still reeling over this.

This film does an incredible job especially at that last part, pointing out the utter futility and folly of it all mercilessly and without pity. Unfortunately for everyone reading this now, we know how things turned out. The twentieth, and now twenty-first centuries, have been a constant stream of wars that are as pointless as this one was.

The film follows the story of a young enlisted man to the French Army of World War I. It starts with his idealistic entry to the armed forces, worried that he had joined too late and would therefore not see combat. It follows him through the trenches and battles of the war, and ultimately to the destruction of basically everyone and everything he cares about. Finally we see his death, in one of the most difficult scenes to watch of any film I can remember.

This is a war film without pride, without nationalism, without glorification of combat. There is nothing cool about what’s happening to these men. There is an idea that it’s impossible to make a film about war that doesn’t in some way promote war. I don’t know if that’s true, but if I were ever in an argument with someone about that idea I’d point to this film as a counter example.