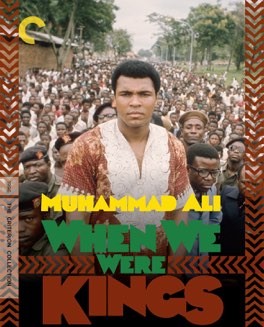 This is fascinating in ways that have nothing to do with boxing. At the same time, this is the best movie about boxing I’ve ever seen.

When We Were Kings

I must admit that I am not a student of boxing. I know some of the bigger names, and a bit of the history, but I have never really gotten into the sport itself. There’s something that’s just so brutal about it, that has both fascinated and repelled me. Ultimately, I tend to think that we probably shouldn’t have a sport that does so much obvious damage to its participants. On the other hand, you could argue that it’s just more upfront about the same kinds of damages that other sports also inflict.

Anyway, none of that really has anything to do with what I found compelling about this film. This is about boxing, of course, but I found the background story of this fight far more interesting than the fight itself. This is the story of two Black, African-American, men, who have travelled to a Black country in Africa, to fight for a primarily Black audience. Even still, the fight plays out on almost racial lines. Muhammed Ali, who is every bit as engaging as I always read he was, is perceived as the great fighter for African people. George Foreman, who, again, is also a Black man, is perceived as the imperialist/colonialist villain. It’s absolutely fascinating.

To be fair, Foreman isn’t completely uninvolved in the construction of that narrative. Ali was a man dedicated to Black liberation, and someone who spoke eloquently and at length about his feelings about Africa, and Black struggle. Foreman, on the other hand, seemed to just be about boxing. Also, he showed up in what was then called Zaire, now the Democratic Republic of the Congo, with two German Shepards, the same dogs that were used by the Belgian colonists to brutalize the local population. He just seems distant, and out of touch with how his image and words are being portrayed.

But that’s not really surprising in some ways. I mean, he was a very talented boxer, but he wasn’t anything like the kind of activist for social change that Ali was. That’s not a slight against him, not necessarily anyway, but it definitely hurt him in this fight. His job was to be the heavyweight champion of the world, and he did that job very well. He didn’t owe anyone anything, but to show up and do his best to put on a great fight. But it also meant that the local population of Kinshasa seems to be 100% on the side of Ali, as I became throughout the film as well. - Oct 20th, 2020