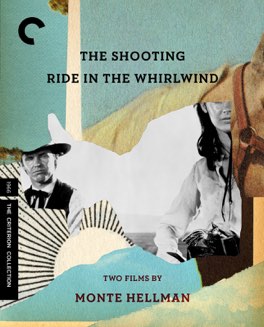 Never follow a woman who won’t even give you a convincing fake name to call her.

This is absolutely the type of Western I would make. I used to dream up stories like this, all mystery and mood. The plot isn’t the point here at all, what’s important is the atmosphere. The feeling of all that empty space, all that isolation. The lack of trust and the paucity of available information. The need to depend on each other, even as we’re pretty sure that’s an impossible thing to do.

Of course that romantic notion of the west is a myth. It was not a bunch of empty space waiting for some enterprising people with pioneering spirit to come and tame its wilderness. It’s a pleasant narrative that helps us all to collectively ignore the heinous crimes against humanity that was the conquering of the United States. The truth is the west already had people living there, just like the rest of the continent did. It wasn’t unexplored land waiting for someone to do something with it. It was land already being used, and it was violently taken.

It’s a myth and it whitewashes the truth. That’s important to remember. It is deeply embedded in our national character, but we can simultaneously acknowledge that, and admit that it’s extremely useful for a story like this one. It’s a myth that has a narrative power, a real emotive presence, and it’s used here to incredible effect.

The idea of putting an existentialist story in the fictional mind idea we all have of “the west” makes so much sense. All that open beautiful space makes for the perfect eerie mood. All that mystery allows us to simply feel the moment. It’s like what David Lynch thinks he’s doing, while mostly failing to actually accomplish. It’s mystery that doesn’t need any resolution, it just is. - Sep 28th, 2020