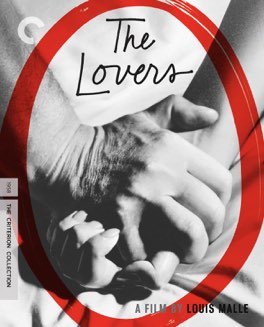 This is beautiful, well acted, features some ahead-of-its-time female sexual empowerment, and it’s reasonably entertaining to watch. The message is so terrible though, that it ruins all of that.

This is another instance where having the “film school in a box” of supplements was extremely helpful in formulating my thoughts. Or, rather, having my thoughts more or less confirmed. This movie feels like it was made by a young director who didn’t understand much about life yet, and that’s because it essentially was.

I’m going to spoil this entire story, because I want to talk about it. If that bothers you then go watch it first. You have been warned.

This is the story of Jeanne, a woman who lives with her husband and daughter, in a mansion near Dijon. She doesn’t like the provincial life, and spends most of her time visiting a close friend in Paris. Additionally, she has a pretty toxic relationship with her husband, and is cheating on him with a man she sees when she’s in Paris.

As the film progresses her husband demands that her friend and her lover come to Dijon to visit. On the way back from Paris she meets a young man who picks her up from the side of the road when her car breaks down. He ends up spending the night at her mansion as well, and they fall madly in love. The next morning she drives away with this man, leaving her husband, lover, friend, and child behind.

The message of the film is that love should come first, over any and all other obligations, or connections. This is made explicit by Louis Malle in an interview included with the film. Apparently, in some countries at the time, the scenes with Jeanne’s young daughter are cut out. Malle expressed frustration at the scenes being removed, explaining that it was a deliberate choice to include leaving the daughter behind.

He wanted to make the point that romantic love should come before the love of a child.

That is absolute garbage. Jeanne has known this guy she runs away with for part of one day. She leaves behind her husband, fine he was awful anyway. She leaves behind her lover, fine she was pretty ambivalent about him anyway. But her daughter? Her daughter doesn’t care about any of this, all she knows is that one day she had a mother and now she doesn’t. That’s awful.

To make matters worse, in a voiceover at the end Jeanne explains that she wouldn’t regret leaving, even if this new relationship quickly fizzles out. Which it very well might, the ending might easily have been the inspiration for The Graduate’s, and the long-term hopes for this couple seem pretty slim.

Even if this relationship is quickly over, that’s how important finding this love was. The idea that someone could abandon their child after one day of a new relationship, with the idea that it might not even last, is so clearly the idea of someone with no children. To even think about it makes my blood boil.

To his credit, the older Malle being interviewed says he wouldn’t have told the story that way anymore, that he had learned better. It’s somewhat ironic that this film triggered a massive scandal due to the supposed obscenity of its sex scene, when the most obscene thing in the film is the basic message. The sex scene looks quaint by modern standards, but the message is still as rotten as ever. - Jun 28th, 2020