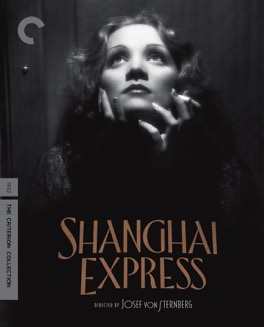 This is a way better film than the first two in this series. It's not amazing, but it's definitely entertaining. I'm motivated and excited to see where we go from here.

There are many reasons to watch a particular movie. You might, for example, be drawn to the story, or the script, or the acting.

You might be interested in the historical significance of the film. You might be excited for the special effects. If you were looking for those things to motivate you to watch this film, you're looking in the wrong place.

The story is decent and holds together, but it's hardly anything special. The acting is... not great. I say that with the knowledge that fully everyone loves Marlene Dietrich. I get why you all find her fascinating, but we're going to have to agree to disagree on her acting talent, at least in this film.

There is some historical significance here, and some very basic special effects, but what we really have is absolutely wonderful cinematography. The film is beautiful, which is as good a reason as any of those others to check it out.

The story follows Dietrich as “Shanghai Lily,” a foreign prostitute working the coastline around, of all places, Shanghai. She has been in Peking and is returning home. Also on the train is Captain Harvey, her former lover, who left her after she tested his love for her with a trick designed to prove his faithfulness.

Upon re-meeting they are cordial, but it's quickly made clear both still love the other. This is set during a civil war in China, and soon the train is captured by the rebels. They are looking for a hostage and Captain Harvey fits their bill.

The rest of the film involves Lily doing anything she can to protect and save him.

The message of this film, as far as it has one, is that love requires faith. We're told multiple times that in order to really love someone you have to trust them, you have to have faith in their intentions and actions. I agree with that idea completely.

Ultimately, being able to love someone means allowing yourself to be vulnerable. You place your heart in their hands, which means you have to trust them to be gentle and caring with it. You give yourself the possibility of love, but you also risk the possibility that your trust is misplaced, and therefore you could be hurt.

I agree with the message, but I don't agree with the way Lily goes about her business. Twice she tests Captain Harvey's faith in her. Once before the movie starts, and once on-screen. If love is about faith, that faith has to go both ways.

Lily testing his faith in her means she doesn't have faith in him. She has to have his love for her proven. Having been burned before, Captain Harvey also needs to have Lily's love for him proven.

It makes for a nicely cinematic ending, but I don't think it makes for a stable future together. - Mar 9th, 2020