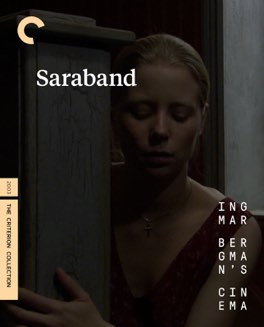 Such a brutal answer to the questions of Scenes from a Marriage. For Bergman, hope rarely seems to have persisted long.

This really isn’t a sequel to Scenes from a Marriage, not in any meaningful way. I mean sure, the film opens and closes with Marianne. The middle includes Johan. But the film isn’t about them. Scenes from a Marriage was obsessively focused on the relationship between two people, and here they are mostly just observers to what’s actually going on.

This film is instead about Johan’s son Henrik and Henrik’s daughter Karin. They have an incredibly toxic and upsetting relationship forged through the death of Henrik’s wife and Karin’s mother. They are bound by incest to each other, and Henrik is slowly destroying the rest of his daughter’s future, with his own grief for the loss of his wife.

It’s very heavy stuff. What makes it even heavier, is when you learn that the photo of the wife/mother Anna, is actually of Ingmar Bergman’s own wife, who had passed away years earlier. It turns what’s already an absolutely wrenching story into something else entirely.

Scenes from a Marriage ends on a hopeful note. Marianne and Johan haven’t found anything like conventional love, but they have found love. This film almost totally ignores that love and that hope. Instead it looks at the consequences of all of the trauma along the way.

Johan was clearly a horrible father and he has produced a broken man of a son. This shouldn’t be a surprise to anyone who has seen the previous film. Johan is a jerk who has absolutely no feeling for anyone. He actively dislikes when people love him, and clearly treated his son with little more than contempt. I cannot help but wonder how much of this is Bergman’s own story.

As a new father myself, and as someone who is painfully aware of very different trauma from my own past, that I don’t want to pass on to my son, this is the future I am working to avoid. To be honest, I don’t have much fear that this is how it will all play out. I am very much not a Johan. But still, the sins of the past have real effects on the future. Hopefully understanding that is the first step towards doing something about it. - Sep 10th, 2020