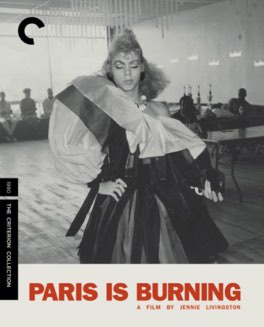 This remains one of the most vital and important documentaries I’ve ever seen. I cannot recommend it highly enough.

I first saw this film seven years ago, somewhat randomly if I recall correctly. I’ve mentioned before that for the vast majority of these films I am seeing them for the first time. It’s such a rare occurrence that I get to revisit a film I’ve seen before, and see it with new eyes. In this case, I didn’t expect my opinion to change about the merits of the film, and I was right. I loved it seven years ago and I love it now. What I did expect was that it would hit a bit differently at this moment than it did then. I was right about that too.

It’s not like seven years ago was some LGBT paradise. I sometimes end up in conversations with folks about what past time period they might want to have lived in, if they could choose. My answer is always the same: now. This is because, as a minority member of society, things have basically never been better for me, writ large, than they are right now.

That’s not to say that things are good now, in so many ways they aren’t, but they are still better than they used to be in almost any conceivable way. Same sex marriage became legal in 2015, so that’s one area where things have improved since I last watched this film. On the other hand, transgender people are fighting for their rights and their lives, in the climate of an administration that uses them as a target for discrimination and division.

That’s the context in which watching this now brings up different feelings and thoughts than it did seven years ago. I would argue that transgender people are both the most accepted they’ve been, and also the most targeted, as at any time in my life. What’s so amazing about this documentary, which was made at a time when the understanding of trans issues was nothing compared to today, is how much joy it presents. These are people who are targets, who are dealing with a massive health crisis, who are already at a disadvantage in society due to their ethnic identities, and they are doing something so positive and lovely.

It’s a reminder that for marginalized people there are two choices; laugh or cry. I’d rather be laughing. - Apr 14th, 2020