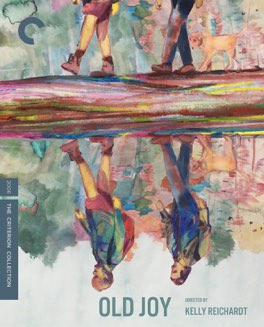 This is such a perfectly constructed film. Does more in 75 minutes than most recent films do with three times the length. Absolutely beautiful.

There’s a moment in this film, right at the beginning, which struck such a chord with me. One of the two men at the heart of this story, Mark, is on the phone with his old friend Kurt, and Kurt is suggesting that they go on a last minute camping trip. Mark says he’d love to go, but he needs to “run it by” his very pregnant wife first.

When he gets off the phone, his wife Tania is annoyed that he is basically asking her to make him feel better about doing what he wants to do anyway. He isn’t really asking for her permission, but he wants her to be ok with his doing what he’s going to do. He explains that he won’t be able to have any fun doing it, if he thinks she’s miserable about his going.

This is a tiny moment in this film. It’s barely connected at all to the larger questions about masculinity, the slow death of friendship, liberal society, nature, that the film deals with. I related to this moment though, so very hard.

I have been a father now for roughly 11 months. More importantly, I have had a wife who was pregnant, and is now a mother, for close to 21 months. I know these conversations so well. It was like an instant time warp to the end of the pregnancy, when she could barely do anything anymore. We almost certainly had almost exactly this conversation.

It’s hard. Relationships sometimes require sacrifice. Not in the sense of losing yourself, or any of that nonsense. More in that there are more agendas than just your own. And when kids arrive that’s even more true. Little kids need you, and they don’t really care what affect that has on the rest of your life. Nor should they, that’s not their job.

Mark is going to have many more conversations like this one as his child comes into the world. And relationships like the one he has with Kurt are going to become that much more complicated. But that’s life, and you just keep finding fulfillment in new places. - Sep 7th, 2020