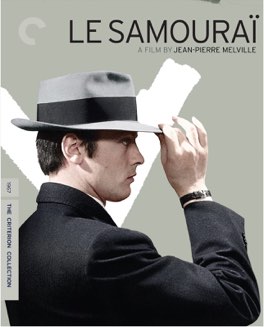 This remains the most effortlessly cool film I’ve ever seen. Everything about it is so casually undemanding and awesome. I love it.

This essay has sadly succumbed a bit to that affliction of distance that I’ve mentioned previously. That is to say, that I watched the film and then didn’t have time to write about it, and now I’ve somewhat lost track of my thoughts. In some ways, it’s fittingly amusing that it happened to this film. This is one of the rare times when I’m writing about a film I had seen before I started this project. So, on some level at least, I should know what I think of this film, because I already thought it before.

If I remember correctly, I found this film through my love for Jim Jarmusch’s Ghost Dog: Way of the Samurai, which is largely a remake of this film with a little Seijun Suzuki thrown in for good measure. We’ll see how I feel when I rewatch that one, but I think that, however great it is, it’s ultimately a pale shadow of this original. That’s not even really a slight, because this is, perhaps, a perfect film.

The sparse lack of dialog. The total lack of examination into anything about these characters backgrounds, lives, motivations, or relationships. We’re dropped into this world and we’re going to see what we see, and we’ll figure out what we can figure out. It’s trusting of the audience, that we will get things enough to not miss what isn’t being said. It’s beautiful and haunting, with a truly incredible score. It’s simple, and simple is maybe the hardest thing to do really well.

Still it layers all this meaning onto a really rather thin premise. The main character is a hit man who seems to care about no-one and nothing else. His reputation has been made on being perfect, with no loose ends dangling after a job. He succeeds in his latest contract, but finally he has made a minor mistake, and suddenly has the police on his trail. The meaning comes from what this man chooses to do with this situation. He essentially architects his own demise, but does it in a way that he has remained in complete control. Even though he brings about the end that is required of him, he never surrenders his personal agency. - Oct 25th, 2020