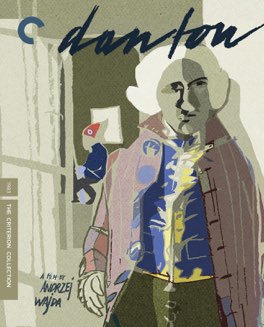 I’m fascinated by the subject matter, so this was an easy sell for me. I really enjoyed it.

At the end of the Reign of Terror part of the French Revolution, the people who were still alive seemed to collectively sigh and say “well, let’s for sure never do that again.” The revolution had, as this film so articulately puts it, devoured its children.

Even the play this film is based on was on the side of Robespierre and Saint-Just. That’s largely because its author, Stanisława Przybyszewska, was a communist, and the Russian Revolution was very much in the mold of 1793. This film however, is very much on the side of Danton. That’s a good thing. It shouldn’t be at all controversial, or even complicated, to declare that something called “The Reign of Terror” should be avoided.

During the Terror, more than sixteen thousand people were sentenced in sham trials to death by guillotine. Virtually every star of the revolution briefly burned bright, and was then felled by the blade. The revolution truly had devoured its own children.

Ruling by terror is never the answer, if the question is how to build a just society. Justice and terror are diametrically opposed forces. This film does a great job of showing us that. Hopefully the next era of revolutionaries aren’t quite so enamored with indiscriminate killing. The ideology of absolutism is a dead end. - Jul 24th, 2020