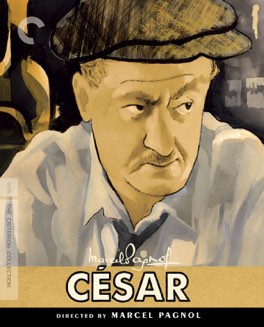 Maybe it’s only in the movies where things work out this perfectly, but at least it happens somewhere!

We are, or at least most of us are, the heroes of our own story. Our own faults are defendable, misunderstood, or necessary. The evils visited upon us by others, on the other hand, are all completely undeserved and unjust. It’s a convenient facet of the human experience, that we know intellectually that just as we are being misunderstood by others, we must be misunderstanding them, but completely ignore that fact emotionally.

In this final installment of the trilogy, twenty years have gone by. Fanny’s husband, and secret adoptive father of her child, is dying. Once he’s gone Fanny tells her son of his true parentage, and with that we’re off on a journey of uncovered misunderstandings, assumptions, lies, and secrets. In the end, Marius finally comes home, and with him a litany of complaints.

In his mind, he is the ultimate victim. He has been robbed of his wife and his son. He is angry at everyone for choosing the security of his child over his own happiness. He feels slighted and cheated. He is, however, completely ignoring the fact that everything that happened was ultimately due to his own choice. Sure he came back, but he came back too late. They didn’t owe him anything.

Marius is indeed a victim, but he’s a victim of his own inability to recognize what was right in front of him. He let his wanderlust determine his fate, and in the real world that would all too often be the end of the story. He would simply have to live with the life he chose.

This isn’t the real world though, this is the movies, and he gets a second chance at the life he didn’t realize he really wanted. Fanny has essentially waited for him, and his son approves of their new union. All that and he doesn’t even have to accept the fact that he’s been living the life he made for himself. Nor apologize for the things he put everyone else through. He gets to be the hero after all. - Sep 14th, 2020