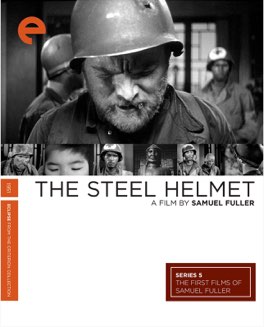 I liked it. There were quite a few parts where I thought I might love it, but it could never quite sustain the energy. Still, I liked it.

This film is far more impressive and daring than it is good. At its heart, it’s a mostly decent war flick, with maybe a couple of stand out moments. What sets it apart is its willingness to tackle some serious issues, and the fact that it was made only six months into the disastrous war it’s commenting on.

Those issues, of the pointlessness of war, of America’s Japanese Internment Camps, and of racism, are notable. It’s both hard to believe, and also not really that surprising, that this is the first American film to deal, at all, with the internment of citizens of Japanese descent during World War II. It’s not even that deep a delving in the film, really nothing more than a couple of lines from a North Korean soldier and a Japanese-American soldier. Still, at least it’s something!

The discussion of racism, or rather the acknowledgment of it, is more of a central plot point. The main character is routinely offensive, but also has a bit of an arc to more understanding. Again it’s not that much, but it’s at least something.

This is a film about the absolute stupidity and uselessness of the Korean War, made as it was just getting underway. That’s a valuable artifact, even if it’s also somewhat of a middle of the road film. - Aug 27th, 2019