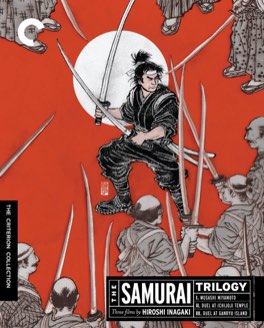 I liked, but didn’t love, these films. The first one is the best by far, with diminishing returns for the other two. The whole thing was ultimately a bit too soap opera for me.

I believe I’ve mentioned this on the site before, but in case I haven’t I will do so explicitly now. My wife and I are expecting our first child, and the due date is starting to get pretty close. Once the kid is here I’ve been told I can hope to watch more movies, at least at first. The two hour feeding cycle and late nights seem nicely aligned with this hobby. The issue I’m grappling with is how I will possibly find the time to write anything substantial about the films.

I want to write something, that’s the whole point after all, but I’ve come to the conclusion that I need to give myself a break about how much. The challenge there is that this design doesn’t really scale well to extremely short entries. With the current three-column layout there is sort of a minimum amount of words that flows well.

I’m probably just not going to care about this problem. There is a chance I’ll change the site design before the baby arrives to accommodate shorter posts. We’ll see. Either way I wanted to let you all know what’s about to happen. Anyway, with that administrative thinking out loud out of the way, on to the films!

I decided to write about this trilogy as one piece, rather than as three individual films. Primarily that’s because I don’t have that much to say about them. I enjoyed the films, but they didn’t provoke all that much in me thought wise. Maybe that’s also a side effect of spending most of my waking hours dealing with the issues and ideas of becoming a father. Regardless, I do have some thoughts, and this seemed like the best way to wrap them all up.

The superhero genre is such a malleable form. It can really create a startling high number of different types of films. This is an example of a superhero melodrama.

These films are far more about romantic machinations than they are about sword fighting or samurai ethics. Most of the time we follow the inner journey of Toshiro Mifune’s Musashi Miyamoto, as he struggles with the conflict of his love of the sword versus his love of Otsu, a woman he knows from his childhood. Weaved into that story we get brotherly betrayal, horrifically bad parenting, manipulation and coercion, and even a bit of the standard samurai philosophizing. One really fun side-plot involves a famous Zen Buddhist monk who takes an interest in Musashi.

All of this is made possible by the superhero element. Musashi is clearly meta-human, at least in his sword fighting ability. At one point in the series he handles an entire small army, single-handed. The familiar trappings of the superhero, used effectively in everything from Samurai movies to Westerns, allows us a way in to the romance and the heartbreak of the inner plot. - Aug 16th, 2019