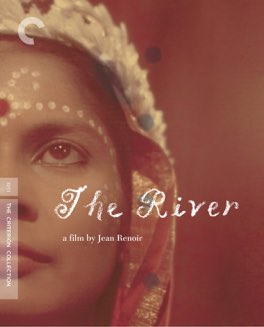 What a boring, boring film. This was such a chore to get through. I didn’t care about these people at all and was just waiting for it to end. It was pretty though, I’ll give it that.

I’ve written before about the difficulties in watching films that were originally released many decades ago.

There are a number of potential pitfalls, but one of the hardest is when the significance of the film no longer matters as much as it did when the film was new.

This is a perfect example of that problem; this was one of the first films made in India by a western director that attempted not to exoticize India, but rather to show it as it was.

That’s a great ambition, but it doesn’t inherently make for a great movie.

This is the story of an English family living a very privileged life in a gated mansion somewhere in Bengal.

The father of the family runs a sweatshop. It’s literally called a sweatshop in the film, and his kids have a guard at the door to their garden. They have servants and only slightly associate with the local population.

There is a mixed race family living next door, and the youngest boy has an Indian best friend. Other than that they interact mainly with their servants and nanny.

The plot concerns the oldest daughter’s coming of age as a young American veteran comes to visit the mixed race family and both the daughter and her other English friend fall in love with him.

In some ways this is two films layered on top of each other. One of them is a very boring melodramatic story of this English girl and her infatuation with this American guy who lost a leg in the war.

She’s upset he doesn’t see her as a possible romantic partner, and acts out in various ways. This is all supported by a truly dreary narration, herself as an older writer, that was my least favorite part.

The other film is a look at what life was like in rural Bengal at this point in time. Jean Renoir was clearly taken with the place, and tried his best to present it respectfully and honestly.

All of the parts of the film that don’t feature the family are great. Of special interest is a fantasy wedding scene involving traditional Indian dancing that is stunning.

Unfortunately these parts are backgrounded for most of the film, only used to provide the scene for the soppy and boring story at the core.

I respect that Renoir was trying to do something important with this film. It was an honorable goal, and it had the effect he intended.

I also respect that his presence in the life of Satyajit Ray was instrumental in Ray’s finally making Pather Panchali. This film is important, I don’t want to lose sight of that.