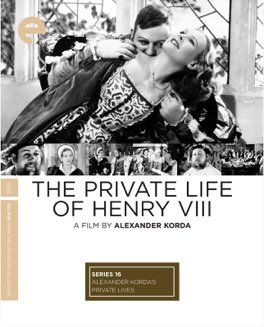 A bit rough around the edges, and a bit slow at times. Still, it’s a ton of fun anytime Laughton is on the screen, which is thankfully most of the time.

The Private Life of Henry VIII

A lot of the cinema from this era feels like it’s still heavily indebted to stage productions. A lot of it is stage type acting, and stage ahem staging. It can be distracting, especially if it’s been a while since I’ve last seen a movie from the era.

That was initially the case with this film. I found myself noticing all the deficiencies that are mostly inherent to when it was made. I say mostly because there are some standout films from the period that feel far more modern. Design for Living, for example, was made the same year and is worlds apart. But, judging everything only to the absolute top means you’ll mostly be disappointed.

This film, judged on its own merits, was hardly disappointing. In fact, it featured some absolutely wonderful moments, largely from Charles Laughton, an actor I much enjoy. His Henry was so wonderfully bouncy and absurd. There’s a delightful character of The Emperor’s New Clothes to this whole thing, that the film clearly intends us to notice, but that the characters themselves really don’t.

There’s also a decent amount of actual commentary on marriage, at least for a film exploring the lunacy of this particular man’s relationship to matrimony. His realizations about love, over time, are almost deep. - Sep 5th, 2019