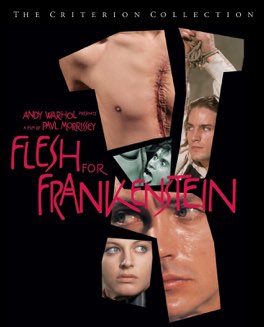 I enjoyed this. I didn’t love it, I’m not even sure I liked it, but I enjoyed it nonetheless.

This is not a great film, in any sense of the word. It’s not wonderfully acted, the story isn’t meticulously well crafted, and the characters aren’t deep and engaging. In fact, the acting is almost universally awful. The story barely holds together, and the characters are caricatures. Virtually nothing about this film works on any traditional level at all.

The best thing it has going for it from a cinema sense is wonderful cinematography. But it has something else too, something harder to put a finger on. It’s a certain kind of vitality that the cheapest horror shockers often have. There’s something alive and hungry here.

It’s a vitality born from how schlocky everything is. The low budget, let’s just find a way, practical effects. The absurd, in your face, over the top theatrics. The perversity. The fact that the filmmakers can’t rely on money, or sets, or actors, or anything but their own inventiveness, to get a message across.

That message, that sexuality has been divorced from any kind of real human connection, is sadly perhaps even more relevant today than it was at the time. The transformation of sexuality from something about connection to something about physical bodies in space, is a real thing worth talking about. This film comes from the tradition of over-dramatizing serious things, to make is easier to comment on them.

The way the filmmaker used the all these tools of low-budget horror films, to comment on them, is done so perfectly that it becomes impossible to tell. When something is executed this much like the thing it’s parodying, it becomes almost indistinguishable. Only by reading about the film was I made aware that this was all meant to be tongue-in-cheek. Until then it felt deadly earnest, if hilariously flawed.