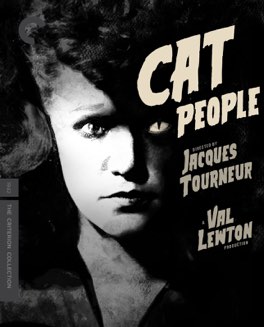 What a stunning film this is! So beautifully shot, so taut and compelling. It’s dealing with like ten different themes under the surface, while telling a good yarn up above.

The most important line in this film comes maybe halfway in, when the husband Oliver tells his co-coworker that he’s never been unhappy before in his life.

It should be a shocking admission, but it’s one that she seems utterly unsurprised by. She’s the same as him you see, a totally uncomplicated person, who has never had any reason to be basically anything other than the office worker drone she is.

She also loves Oliver, and it’s because she’s the same as him. In their own completely uncomplicated way, of course, they’re perfect for each other.

Oliver is most certainly not perfect for the woman he actually married, Serbian immigrant Irena. She is decidedly complicated, with a rich inner life and serious demons haunting her. She believes in legends from her home village of lustful women turning into literal cat people.

She’s terrified to fall in love and have any kind of physical relationship. She’s also terrified to be angry, or to be jealous. Needless to say, because otherwise this wouldn’t be much of a movie, all of those things happen to her.

It’s an incredible stand-in metaphor for all kinds of deeper issues. One could project one’s own opinions about the history of women’s sexuality, about gender politics, about immigration politics, about the simpleness of Americans compared to the rich inner lives of the rest of the world.

One could probably write half a dozen serious PHD theses about the themes of this film, each one arguing a completely contradictory position on what the film is “actually about.” It’s a stunning achievement.

As for me, I’m still caught up in the mismatch between the two lovers.

Oliver falls for Irena precisely because of her complicatedness, but he never really understands her in any way. He is fascinated by her, sure, as a sort of object to be drawn to.

He’s far too simple to ever even try to go deeper than that. He barely even understands his relationship to her, and when presented with an easier alternative he happily takes it. He wants an uncomplicated relationship, and that’s definitely not something she can ever provide.

He never does anything to help her, aside from sending her to one of the worst therapists I’ve ever seen on screen. Even that comes from betraying her confidence to the other woman, something he does again later in film out of pure dumbness.

He just doesn’t get it. He’ll never get it. That’s the ultimate perfection of this film; we absolutely root for the monster, because she’s also absolutely a victim. - Nov 3rd, 2019