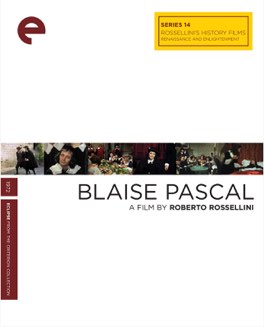 This is another of Rossellini’s supposedly dry and boring “History Films.” I found it neither dry, nor boring, and I enjoyed it thoroughly.

I have never really understood the debate between believers in “God” and believers in “Science.” They seem to think that these are two incompatible ideas, and I don’t know why. Whether you believe in either, both, or even neither, I don’t see any inherent incompatibility.

If there is a God, wouldn’t they inherently be the ultimate creator of science? Can humans, in a theological world, invent something outside of the intention of creation? Isn’t science, in a religious world, just a means to understand the glory and complexity of that creation?

At some point in history, religious people mostly turned away from science. I assume it’s because science started to make the basic idea of the existence of God harder and harder to rationalize with the evidence. As that process continued, people felt the need to choose between an adherence to science, or to God. That made the two into opposing forces, perhaps destined to clash.

The very beginning of that process is what’s happening in the time period of this film. The titular character, Blaise Pascal, is both deeply religious at times, and deeply scientific. He doesn’t see an inherent conflict, and argues tirelessly for the co-existence of both. In some ways his is a much simpler world than ours, in others it seems fiendishly complex.

In this particular area though, I’d like to think that people should be able to square the inner idea of religion, with the outer idea of scientific experimentation. What a nicer world that would be. - Sep 29th, 2019