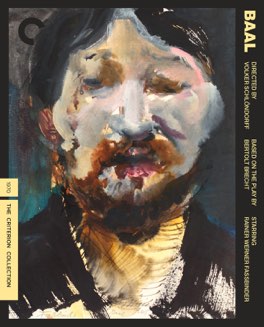 I’m not sure I’ve ever seen a film constructed quite like this. The format is so interesting, and really makes the piece what it is. I really enjoyed this.

I try to go into each of these films with a completely open mind. I’m not sure that’s actually possible, but that’s at least what I’m attempting to do. Most of the films in the collection I haven’t seen before, and often don’t know that much about, so other than reading the back of the box, or looking at the cover, I don’t know much.

Sometimes I’m still pretty sure whether I’m going to like a film or not. In the case of this one, I was pretty convinced that I was not going to be a fan. So convinced in fact, that I even predicted it to my wife. I was surprised then, at just how much I liked this movie, and it got me contemplating why.

This is a fairly direct adaptation of a play by Bertolt Brecht. A lot of the dialog is taken directly from the text of the play, and other than transporting it to 1970s West Germany, not much is altered.

The story is of the titular Baal, an anarchist poet who rejects the money and approval of capitalist bourgeoisie society and instead forges his own narcissistic and destructive path through life. He’s abusive and violent to pretty much everyone he encounters, including a string of woman that culminate in his physically assaulting a girlfriend he got pregnant. He’s a very bad guy.

I don’t usually enjoy the exploits of awful men on film. There are enough awful men in the world that I don’t really feel a strong desire to find more in narrative cinema. I’m especially not interested in the way that many films idolize and promote the idea of a brilliant jerk who is horrible to everyone but still the hero on the basis of his overwhelming talent. The idea of the tortured artist who produces incredibly art because he’s abusive to the people in his life.

It’s what I assumed this film would be about, and it’s why I didn’t think this would be for me.

Luckily Brecht was also not a fan of that type of toxic masculinity. The original play was written as a response to another play, which was promoting the idea of the brilliant loner. The idea that in order to be an artist you had to be a misanthropic jackass. Brecht wanted to show the logical extremes of what that personality type is actually like. Because of that, and because of Volker Schlöndorff’s faithfulness to it, the film doesn’t idolize Rainer Werner Fassbinder’s Baal at all.

Instead he’s openly portrayed as a bad guy, and his ultimate fate is not a kind one. It ends up being a fascinating deconstruction of the trope, to showcase all its faults. It’s moments like these, where I’m just so wrong about what a film is going to mean to me, that make me love this project even more. - Apr 5th, 2019