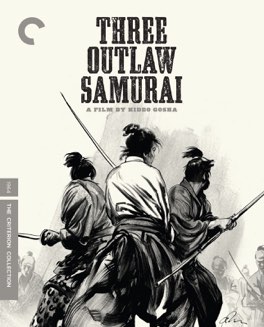 A shockingly great example of the power of mythic storytelling to allow for examination of uncomfortable themes.

There’s something about the level of cynicism on display in this film that really connects with where I’m at right now. This was made in the nineteen-sixties, and it was made in Japan, but in some ways it feels like the disillusionment films of the American seventies. Nothing in the plot plays out within a framework of karmic reward for goodness. The audience is constantly reminded that everything is basically awful, and all gestures of heroism are essentially futile. Even the most basic possible greater reward is denied. Still, there remain heroes, and they are clearly not heroic with any hope of real success.

The film tells the story of a group of peasants in feudal Japan, who have kidnapped the daughter of their local magistrate in order to convince him to take their petition for lower taxes seriously. As the film starts, a ronin samurai happens to enter the windmill they are using as their base, and that triggers a chain of events that ends up with the eponymous three outlaw samurai getting involved in the situation. As the story continues we learn more about the peasants, the power structure of their situation, and the nature of samurai.

Everything in this film plays out in basically the most nihilistic way possible. The various acts of heroism we see lead to absolutely nothing. No change is affected. The heroes are mostly not even involved for particularly heroic or deep reasons. The peasant’s situation is hopeless, and it’s clear almost immediately that it will remain hopeless. The world depicted in this film is unrelenting in its nature, with very little possibility of change. But still the heroes do their deeds, and they do them knowing that they will likely amount to nothing. There’s a pretty great lesson in there for our own times. It doesn’t matter what the results are, it’s still the right thing to do the right thing. Heroism remains its own reward. - Aug 4th, 2018