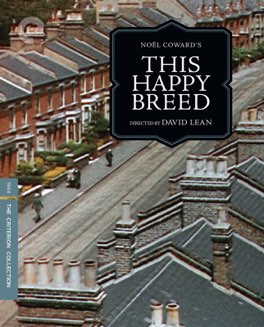 I didn’t expect to become so invested in these characters, especially given how melodramatic the whole thing is.

I suppose I am a bit of a sucker for films like this one. There’s just something about family dramas.

They transcend time, culture, place, setting, whatever. Give me some melodrama, and a treatment of ordinary events as having extraordinary meaning, and I’m generally hooked. I’m not sure exactly what it is that draws me in so deeply, all I know is I can’t fight it, even when I try.

This film tells the story of one London family in the years between World War I and World War II. The father of the family is a returning soldier, who is moving his wife and three children to a new house in a more suburban section of the city.

The story follows the everyday life of the family, as they move throughout the events that shape those lives, as well as those of broader English history.

The interwar years are endlessly fascinating to me, especially when I get to see films made during the period. This film was made at the very end, but the play it adapted was from 1939.

There’s such a sense of optimism lost. The world really did believe after World War I, that war was over, that humanity had learned its lesson. To watch hope turn to fear, then to hope again, and finally to resignation, it’s both tragic and weirdly affirming.

The overarching message of this film is people have no choice but to carry on, no matter what life presents. It’s just as useful an idea now as it was then. - Apr 7th, 2018