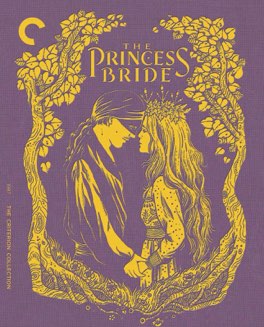 One of my all-time most favorite films. It’s just so utterly and absurdly wonderful, and I cannot imagine ever tiring of it.

How does one write something new about a film they’ve been watching their entire life? I cannot remember the first time I saw this film. I was only six when it came out, so it probably wasn’t in a theater. All I know is by some point in my early childhood we had a tapped-from-TV VHS copy that was definitely edited for both content and length, and I watched it endlessly. I’ve seen this so many times I can probably quote the majority verbatim. I am not anything like an objective witness to its staying power or merit as a film.

Which, of course, is totally ok. After all, I’m not attempting to write about either of those things anyway. I’m attempting to write whatever a film made me think about, or whatever I have to say about it. In this case, I’d like to talk about the circumstances surrounding my most recent rewatch. I mean, of course it was because the new Blu-ray came out, but what I mean is I watched this with my wife, who did not grow up with this film. I’ve tried to show it to her before, and she always said it made no sense to her why so many men of a certain age she knows have so much love for it.

My counter has always been that it has something for everyone, and how could anyone not appreciate the humor, the smartness, the action, the story, the set. In my mind this is a perfect film, so there must be something for everyone. Or almost everyone anyway, as a friend of mine recently told me he doesn’t like it. I can only speculate about what died inside his heart to make him immune to its charms, but that’s a whole different conversation. The good news is upon watching the entire film with me, my wife not only agreed that it’s perfect, but also said she totally gets its universal appeal now. - Dec 20th, 2018