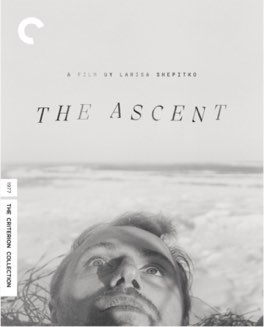 An absolutely stunning and moving film. So full of incredible imagery and matched by the power of its ideas. What a find!

The direct message of this film doesn’t really apply to me. The question it poses, of whether I would have betrayed my country and friends to the Nazis, is simply not a choice that would have been mine to make. It’s so much easier to uphold one’s principles, when one is given no possibility to be anything other than faithful to them. The larger question though, of what I would do under similar circumstances, is a fascinating one. I don’t have any easy answers.

This film takes place during the Nazi invasion of the USSR during World War II. Our story follows two soldiers from the Red Army, who have left their unit in search of a familiar farmhouse and some food. Their search ultimately leads them into the hands of their enemies, and that’s when things really get going. The story asks the question, what does one do when asked to betray themselves, in order to save themselves.

I assume we all imagine that we would stay 100% true to ourselves and our ideals, no matter the stakes. I don’t think it’s possible to know that. Experience tells me that you can’t know what you’ll do when faced with that kind of pressure until it comes. Some of the most otherwise capable people I’ve ever met have completely caved in stressful moments. Others have risen fully to meet the challenges in front of them. You just don’t know. Still, I’m no better than anyone else, I believe I’d do the right thing. I certainly hope I never have to find out if that’s true or not. - Jul 25th, 2018