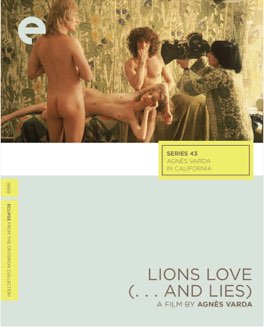 A boring, cringeworthy, pointless, pretentious, mess. There was really nothing here I would even slightly recommend to anyone.

Experimental film remains the genre I have the most difficulty with. It has the power to create a deep connection, to move me. But when it fails, and it usually does, I absolutely hate it.

That was the situation with this film, which was utterly pointless, and banal, in basically every possible way. I don’t really have much to even say about it. I hated it, but not even enough to think all that deeply about it, which feels like the most potent insult you can give a work of art.

The vast majority of the film is scene after scene of the three people in the relationship, as they pretend to be the slightest bit interesting, or that they have absolutely anything at all to say. They preen about, doing whatever they think will make themselves come off as interesting or avant-garde.

All they do is come off as annoyingly pretentious idiots.

About the only other thing I have to say about this film is it’s oddly refreshing to me that I hated it so much. I absolutely adore its director Agnès Varda. I have basically loved the entirety of her filmography I’ve seen up until this point.

It’s important for great artists to take big chances, even though they might utterly fail. Otherwise you get films that are good, maybe even very good, but never great. Greatness requires some amount of risk. So I hated this one. That’s ok. I’m sure I’ll love the next one, or the one after that. - Dec 18th, 2018