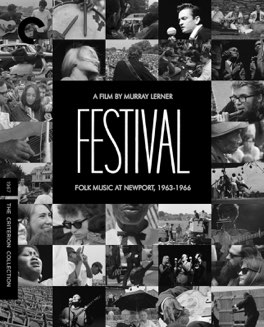 A bit slow, and a bit boring, but also a powerful reminder of simpler times gone by. I wish the performances had been longer, but I still enjoyed this.

There’s something both nice and sad in watching so many well meaning young folk music fans from the sixties, listen earnestly to protest music and workers rights anthems. The nice part is it really feels like a movement of young people, determined to create a better world for themselves than previous generations had. The sad part comes from realizing this was largely a fad, one that ended almost as soon as it began. Certainly the folk music scene of the sixties was hugely influential, but it didn’t achieve almost any of its goals.

There is an idea I hear a lot that seems fairly specious. That idea is that the young people of today are overwhelmingly liberal, and don’t have all the hangups the previous generations had, and so we just need to wait for old people to die and the young will make a better world. There are several problems with this idea, but the biggest one is that every study I’ve ever seen shows that as people get older they often become more conservative. So what looks like a totally liberal youth population becomes a mixed liberal/conservative population by the time they are running things. I would bet many of the idealistic kids from this film turned out to be fairly conventional and conformist adults.

I recently went to an Arlo Guthrie concert with my family, and was reminded of how much I love folk music in general. My mother is a huge folk music fan, and as such I was basically raised with the genre. There is so much honesty, truth, and power to that music. It feels so intimately connected to the people, because no matter which folk you are, you have folk music. It’s unpretentious, and lacking in any kind of attempt at coolness. It’s the music of everyday life, of struggle, of oppression, of hope. It’s a wonderful, wonderful thing.

Perhaps the most noticeable thing about the kids that make up the overwhelming majority of the audience in this film, is an almost total lack of ironic detachment. They are a shockingly earnest bunch. It’s that level of unhip squareness the world could really use a lot more of right now. As David Foster Wallace once pointed out, irony co-opts any attack against it. After all, irony is typically the way we challenge beliefs, but how do you challenge irony with itself? You can’t. You just end up perpetuating the same system you’re attacking. The only answer is uncool earnest sincerity. - Nov 28th, 2018