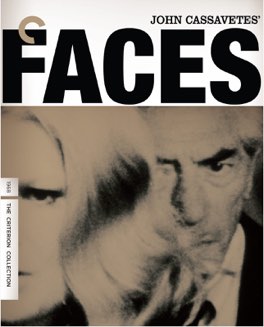 A surprisingly enjoyable experience, which forced me to embrace a pacing I’m often opposed to. This film shows the difference between the use of a style, and its mastery.

It’s always an interesting experience to watch something that was revelatory in its own time. The films in this collection are chosen for a variety of reasons, but one of them is certainly because of an impact on film making. The films in that group tend to be more interesting as artifacts than as entertainment. What was once shocking is often now merely amusing. What’s so impressive about this film, is it’s still valuable as a narrative, not just as a museum piece.

The story is deceptively simple. A marriage is falling apart. Both husband and wife are near their end, but we have no idea why or what’s happened. We don’t see much of their happiness or the past, we only see they aren’t communicating, and they clearly want very different things. Suddenly they fracture, and in the immediate aftermath we learn so much more about them, and what their future might hold.

Cassavettes takes that simple narrative, and explores it in painstaking detail. Or perhaps I should say, he really likes to let the story play out at its own pace. Very, very little happens in this film. It’s not a short film, but in terms of actual plot it barely moves at all. Instead we dwell in the moments we get to see. Each one lasting so long it becomes uncomfortable. It’s a style of filmmaking that can easily be irritatingly misused, but it has the potential for imparting understanding.

There is so much in this film that feels dated, or would have been so much more important if this was 1968. It’s aggressively anti-studio perfection. It’s exploring a really early critique of misogyny, and of women’s liberation. The long, long scenes I wrote about, are so in contrast to mainstream filmmaking of the time. All of these things come across, but with a much diluted potency. What carries the film today is the trust Cassavettes has to let the scenes play out, and to find truth there. - Mar 1st, 2018