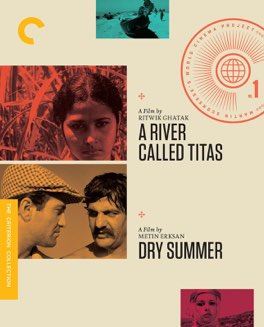 My fiancé’s family are farmers from a village very similar to this one. It was so fascinating to get to see what life was likely like for them in this era.

I have a love/hate relationship with melodrama. On the one hand, it absolutely can get to me, if done well. On the other hand, that’s sort of my issue with it. Even when it’s well executed, it still feels extremely manipulative. By ratcheting up the drama, to absurd heights, it attempts to force you to care about something. When it’s done poorly, it’s dreadful. This film does it exceptionally well, but mostly avoids the manipulation, by focusing on a bigger issue than the characters themselves.

This is the story of two brothers who own the only land in their village with water on it. Traditionally, the water has flowed from their land, freely down to the other farmers in the valley. Times are tough, with some drought conditions on the horizon, and the older of the brothers decides to damn the spring and use the water first for their own land, before sending it to the other villagers. Naturally this isn’t well received. The other half of the story involves the younger brother’s young wife, and his older brother’s interest in her.

As you can see from the summary I just provided, the intensely dramatic story about the relationship between the older brother, the younger brother, and the young bride, isn’t what I found particularly interesting about the film. It’s an insane story, and definitely propelled the narrative, but it’s that manipulative melodrama I mentioned earlier. The other plot, on the nature of resource ownership, was far more interesting, even if it was more esoteric.

The argument of the villagers is that water is a basic right, and therefore, even though the spring is technically on someone’s property, it should be shared with everyone. I think that’s an idea most people would agree with. No one should hoard basic resources. The law, on the other hand, emphatically doesn’t agree. The water is on one man’s property, therefore it’s his water, and if he wants to be selfish enough to hoard it, that’s his business. I suppose in the end, there are consequences on both sides, and the film is a strong reminder that law and morality are almost totally unrelated concepts. - Feb 25th, 2018