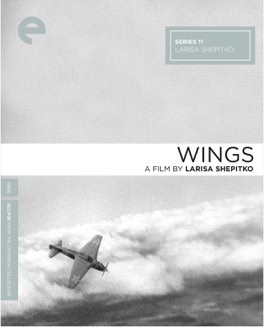 A film that creates beauty out of memory, and contrasts it with ordinary boredom. This is a film about the importance of having a purpose.

I wasn’t a professional athlete. I wasn’t an astronaut. I’ve never had a job that couldn’t be performed by people of almost any age. I’ll never know what it feels like to be truly great at something based on athletic ability, or age, or health, and suddenly have to accept that I can’t do it anymore. It’s something, as a sports fan, that I’ve thought about a lot. What would it be like to have a career that brought me money and fame, but was over when I still had most of my life left to live.

This film is about a woman named Nadezhda Petrukhina, who was a great fighter pilot during WWII. She’s universally beloved as a hero, but the war is over and she’s now working as a school principal. She’s been pushed out of what she loves, and forced to try and figure out something new. The generations have changed, and her students don’t have the same sense of honor and duty that she feels she had. She’s aimless, unsure of how to enjoy her retirement from flying.

It’s the lack of purpose that I can relate to, even if I’ll never understand what it’s like to be able to fly and then have it taken away. I think everyone wants their life to have some sort of meaning. At the very least, most of us want to be doing something that we can believe in, somewhere in our life. Nadya doesn’t have that. Her daughter is estranged from her, her former colleagues are still doing what she wishes she was. She has no real love life, or friends, or hobbies. She has a job that she doesn’t particularly love. All she has are her memories.

I know that I’m at my most miserable when nothing in my life feels like a challenge, or like there’s nothing I can be proud of. I need to feel like I’m doing something. It doesn’t have to be at work, although it can be. It just has to be somewhere in my story. I’m an examiner of life, someone who is constantly analyzing my choices, sometimes to a negative degree. Watching Nadya wander around unfulfilled was a bit hard for me, but the payoff at the end was so worth it. - Jan 30th, 2017