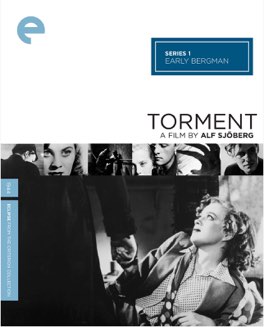 This is not a great film, but then hardly any first features are. Still, I enjoyed it, if only barely. It has a few interesting ideas, and some nicely dramatic camera work.

The theme of school as hell is a well traveled space, and for good reason. I know very few people, from any society, who would say they loved being in school. It’s probably impossible to put that many young people, full of hormones and everything else, in one place, and not have chaos to some degree. It’s the level of unfairness that’s usually the main complaint. My own school experience certainly wasn’t as brutal as this one, but there were definitely some echoes.

This film tells the story of Widgren, a young student who has caught the ire of his Latin professor. We’re never quite sure what he’s done to earn the endless enmity he receives. Suffice it to say, his teacher really doesn’t care for him, and the feeling is mutual. Widgren meets a young lady of somewhat ill repute, helps her home one night when she’s roaring drunk, and is immediately cast into the role of her savior. It’s a role he’s predisposed towards fulfilling, being the type to think he can help people. The rest of the film concerns the growing confluence of his school and home life.

The extension of Widgren’s school enmity into his personal life is a dramatic and ridiculous one. But it works as a way to raise the stakes on what’s really the issue here, the brutal nature of the school system itself. By making his school demon a personal demon as well, the film attempts to make us really feel something. It’s not entirely successful; this was Bergman’s first produced script, and it’s not a great one, but it still spoke to me a bit. We really cannot save people, we can only help them as much as they want to be helped. - Aug 4th, 2017