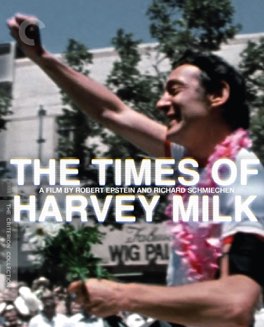 An incredibly moving and compelling documentary. I found it hard to watch this, but I also couldn’t stop. It’s a masterpiece.

The Times of Harvey Milk

As I believe I’ve mentioned before, I live in the Bay Area. Currently, I live in Oakland, but for most of the previous decade my home was San Francisco itself. Even before that, I lived in the Castro for about four months in 2001. My point is, that this has been my home for basically all of my adult life. It’s therefore unsettling to me how little I really knew about the story of Harvey Milk.

The facts of this story should be known to everyone, everywhere. They should certainly be known to anyone who has lived in the Castro district, the area of San Francisco that he represented on the SF equivalent of a city council, the board of supervisors. It should be required knowledge. This man changed this country, for the better. He planted a rainbow flag in the heart of a community that needed it, and helped grow understanding. He caused positive change. He was a hero.

His murder wasn’t the wrong-place-wrong-time I vaguely remembered. Far from it. He was killed for being an active participant in government. He was not killed for being gay, but it helped his killer get off with a comically unjust sentence. His death ended the California defense option of “diminished capacity.” These things matter. Please watch this film. It’s an excellent documentary, but it’s far more than that. It’s important that we all just know. Otherwise these things keep happening. Let’s make sure we don’t forget the past. - Apr 18th, 2017