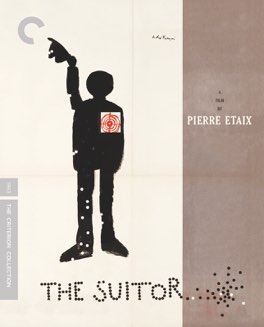 What a delightfully unexpected film this was. I had no idea that Tati wasn’t the only filmmaker of his era working in this wonderful style. I’m so excited to see more.

I wonder if there was something in the water of post-war France that inspired filmmakers to want to be silent era comedians. It would be fascinating to read an examination into why that particular genre of film took such root there, so many decades after its time had ended here. I’ve made no secret of the fact that I love the films of Jacques Tati. How incredible it is to discover another director who was on a very similar mission.

The main difference between this film, and one by Tati, is that there isn’t the same focus on the failures of the modern world. In some ways, that perspective always made me less surprised that Tati chose to make, essentially, modern Chaplin/Keaton/Lloyd films. Pierre Étaix isn’t motivated by the same concerns. This isn’t a Tati film at all in terms of its content. But it has that same silent comedy sensibility. It exists in that same pastiche.

The film was originally intended to be a collection of shorts, that would have been released separately. You can tell. It’s not a bad thing though. It keeps things moving at a good pace, and anyway all the shorts were on the same topic. That topic is well captured in the title. This is a film about a young man seeking companionship. His parents have decided it’s time for him to be married, and so he sets out to accomplish the task. Unfortunately for him he’s a bit of a bumbler, and naturally that leads to his getting into, and out of, the craziest situations. I’m super excited to check out more from Étaix. - Mar 13th, 2017