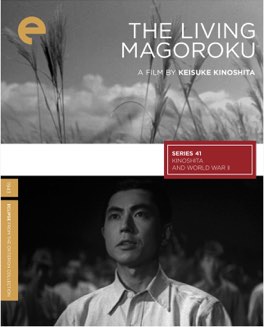 A surprisingly blatant call to arms that still manages to be entertaining and interesting.

This is not a subtle film. This is almost pure propaganda. For the Japanese war effort, for the importance of traditional societal roles. Everything about the story is transparently intended to convince young Japanese men to enlist, and young women to support their men. It’s the absolute definition of wartime messaging. It’s also a really lovely film.

The story revolves around a field where a great battle was once held. Due to the ancient battle, the family that owns the field refuses to let it be used for crops. The villagers would like them to change their mind, owing to the need for food during the war. At the same time, the families eldest son is convinced he will die young, the victim of a supposed family curse. There are also a variety of side stories involving swords and marriages.

All of that is dripping with propaganda, of course. But we also get family growth, as well as an examination of the confrontation of traditional Japanese values to a more modern age. There’s ideas about value and worth, as well as the power of fear. It’s almost as if Kinoshita wrapped the story he really wanted to tell in an outer layer that could get past the censors. I’m really glad I was able to see past the surface to experience everything going on with this film. - Nov 16th, 2017