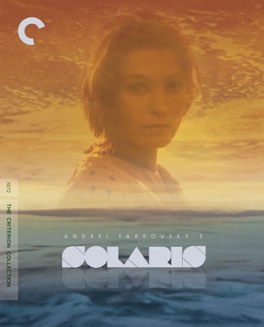 A beautifully slow film, that allows its story to fully breathe. One of the rare long films that makes good use of all of its time.

One of the things about science fiction, that I love, is the way the form can be used to tell basically any kind of fundamental story.

There’s something about the setting, which allows the artist to get away with things that might otherwise be too much for the audience. It allows the ideas to be abstracted around the form, and therefore uses distance to present them in a way that’s often far more approachable.

Ultimately, it allows us to feel detached from the things we’re experiencing, and therefore to let them in.

This film ostensibly tells the story about a space station on the titular planet, which has fallen into disrepair. The crew has been reduced to three scientists, and there has been little progress. Recently, the skeleton crew has begun to act odd, even erratic.

The story starts with a psychologist named Kris, who is being sent to evaluate whether to continue the mission. When he arrives, he discovers one of the scientists has killed himself, and all are experiencing a phenomena where elements of their past are being made manifest.

In Kris’ case, that means his ex-wife, who is long dead, has somehow come back.

The science fiction aspects of all of this are barely considered. This is not a film about technology, or the future, or anything like that. Instead it’s a film about grief, and guilt, and sadness.

It uses the setting, and the fantastical elements it allows, in order to talk about emotional issues. Kris left his wife, and she killed herself, and now she’s back. This sequence of events leads him to ruminate on his own life, and his failures.

It allows the film to talk about things that would otherwise feel far too personal and real. - Jul 24th, 2017