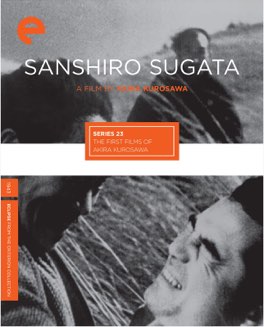 What a wonderful film. The characters were great, the story was compelling, and the film itself was epic.

Whenever I begin some new creative venture, I like to tell myself it’s completely normal that I’m not amazing at it right away.

The idea is that if I continue to work at it, I’ll improve, and perhaps I’ll eventually even be great. I tell myself the same thing held true for all the great artists I love. That before they were great, they had to work.

It doesn’t help my narrative to know this film exists.

This was Akira Kurosawa’s first film. It’s incredible. It shows most of the skills that would later make him internationally renowned. It’s not a masterpiece, but it’s really, really good.

How do I reconcile the existence of a first film like this, with my notion that we all have to start somewhere? To be honest with you, it’s not actually all that difficult.

Kurosawa was a phenomenon. Some people are just prodigies. Mozart was amazing at 4. Louis Armstrong was amazing at 9. Not everyone needs to start slow and get great.

On the other hand, many of my favorite filmmakers produced some pretty insignificant work, early in their careers. Any path to greatness works. Any path to getting better at all works too. It’s a journey, and it’s totally ok that we don’t all start at the same point.