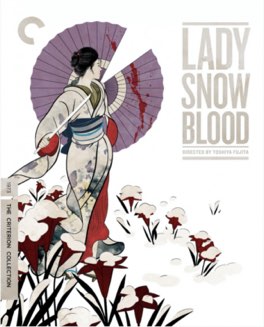 It’s always a wonderful discovery when I find something that is so much more than I expected. I knew this would be awesome, I didn’t expect it to also be beautiful.

A friend, and fellow explorer of cinema, texted me when he saw I’d recently watched this film. He told me how unexpectedly poetic he found it, and I think that perfectly captures what’s so great about it. Mindless action films, even really well done ones, are something of a dime a dozen. This is something more, something that’s simply so beautiful it overwhelms its fairly pedestrian story. It becomes something that I’ll somewhat pretentiously call art.

It doesn’t hurt at all that I’m absolutely obsessed with Meiko Kaji right now. It’s funny how these things happen. Maybe a year or so ago, I bought a box set of the Stray Cat Rock films, mainly cause they looked rad, and the price was great. I had no idea what I was getting in to. Those films, all different takes on a particular moment in Japanese youth culture history, have one main thing in common. They all star Meiko Kaji. She’s absolutely incredible. When I realized she was also in this film, I was super excited to check it out. It did not disappoint in the slightest. - Dec 4th, 2017