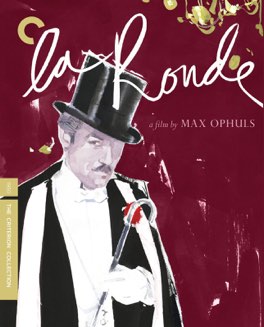 A surprisingly modern film, and one that explores its very adult subject matter tongue firmly in cheek. As an introduction to Max Ophüls it’s wet my palette for more.

It’s taken me a while to figure out the effect this film had. Sometimes I know immediately. My thoughts can even begin to coalesce while watching. In those cases, I spend the time afterwards processing ideas I’ve already had. In this case, however, it’s taken me much longer to work out what I witnessed.

This film is told as a collected series of vignettes. Each one is about some very temporary romance or tryst. As each one finishes, we follow one of the two players into the next scene, eventually wrapping back around on ourselves at the end. The whole thing is structurally bound with an outside narrative, that of the ringmaster, who is the operator of this carnival. In each scene, we see one of the players is far more invested than the other, and then that investment is flipped as we continue on.

It’s a fascinating narrative device. It’s also potentially quite depressing. The idea that we’re all happier in situations where our interest is one-sided is a destructive one. Each scene plays out in the same rough fashion, and with the same eventual ending. I suppose that’s why the dance continues ever on. In each of these cases they still haven’t found reciprocity.

In my own life, I’ve always felt that you need to have relative parity of interest, in order for the relationship to succeed. You aren’t always going to be exactly equally invested, of course, but you can’t be that far off. When one person is far more present than the other it just doesn’t work. The only way to break this ronde, is to find someone who feels as lucky to be dating you, as you do to be dating them. It’s not easy, but it’s ultimately the only worthwhile form of long term relationship I know of. - Sep 3rd, 2017