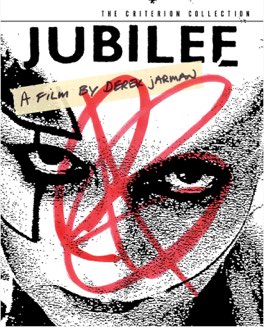 A fun, goofy, proto-punk, mess. It’s definitely all over the place, but there’s something sort of magical about it too.

There’s something interesting about expectations. They can completely transform the experience of, well, experiencing something. There’s a passage in a book I’ve never read, Don DeLillo’s White Noise, about The Most Photographed Barn in America. The book makes the point that once you know it’s The Most Photographed Barn in America, you aren’t able to see the barn anymore. From that point on you’re only seeing your own expectations.

Had I known anything about this film before I watched it I think I would have had the same problem. This film is apparently somewhat controversial. Or at least it was. It was shocking once upon a time, and some people are seemingly intent on discussing whether or not they feel it’s shocking now. The consensus seems to be that it’s no longer shocking. The consensus also seems to be that without the shock value there’s nothing else to enjoy.

I didn’t know I was supposed to be shocked, or find this uninteresting, before I watched it. Perhaps because of that I just watched the film, which I enjoyed. I wasn’t shocked, but then again I didn’t think I would be. I didn’t think I wouldn’t be either, if that makes sense. What I got was a pretty goofy film in the punk aesthetic, that was creative enough to be thoroughly worth watching. I don’t particularly care about spoilers, but I am so glad I didn’t get any opinions. - Dec 8th, 2017