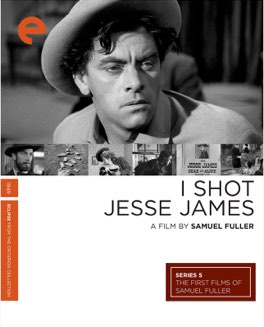 Not a particularly mind blowing experience, but then I didn’t expect it to be. It’s a nice examination of the destructive side of masculinity, and the eternal need for love.

It’s interesting to watch the first features of almost any filmmaker, to get a sense of where they came from. Very few arrive in anything like their fully realized form. It provides an opportunity to get to see something of what they were, and to try to put together something of how they grew. Rarely are these films special in their own right, and often they’re pretty mediocre. At the very least, they usually show only a hint of whatever special qualities their makers later had.

This film isn’t an exception to this idea. It’s a nice enough western, don’t get me wrong. I really enjoyed how it’s all about the consequences of Robert Ford’s actions, rather than the build-up to the actions themselves. It has some slightly interesting things to say about masculinity, commitment, friendship, and guilt. It’s got a bit more depth to it than it initially seems. But that’s about it. For the most part, it’s a pretty straightforward “B” feature. There’s nothing wrong with that of course, everyone has to start somewhere. - Jan 20th, 2017