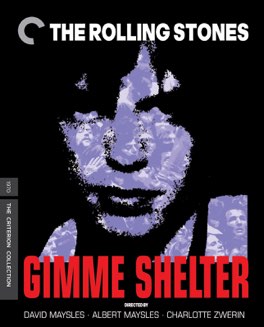 It’s not exactly a fun film to watch, although some of the early songs are great. It’s an incredible document to see, one that sheds so much light on what was happening at that time.

The concept of “the sixties” has always seemed nebulous. For one thing, when was it exactly? The early and middle years of the decade could not be a starker contrast to the later years. My mother was in college from 1966 to 1970, and when she started there was a dress code for the cafeteria. By the time she graduated people were streaking naked across campus and virtually everything about American life was changing completely.

If there was a concerted movement, if “the sixties” was more than just branding, than this film marks a turning point in its evolution. The early part seems more optimistic, more hopeful. There’s a sense that the younger generation was coming into their own; that they were a gentler variety than their elders. Woodstock perfectly symbolizes the period, in that they faced hardship, but they overcame it together. Everyone remembered their better angels.

The free concert The Rolling Stones gave could not be further from that spirit. It’s not just the tragic deaths, culminating in a murder caught on camera. It’s the entire vibe from the very beginning. Altamont was just as haphazardly planned as Woodstock, but instead of everything magically working out, it all falls completely apart. Maybe it’s because you know what’s coming, but the entire show seems doomed from the beginning. The energy is all negative, and very violent.

The coming years saw more and more paranoia, and more of the idea that everything had gone somehow terribly wrong. Vietnam, Watergate, it all fundamentally destroyed the optimism that still existed when this concert was planned. Did the concert mark the end of that earlier period? Not in any kind of literal sense, no. But perhaps as a marker, a convenient point to say that this is when things turned. This is when we moved from one phase to the next. In that sense, it’s incredible we have this film to study, to see everything begin to fall apart. - Oct 29th, 2017