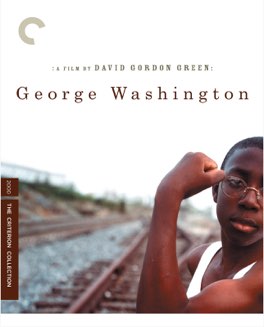 A lovely film, but one I was a bit less impressed by than I expected. Still, I found it to be a heartfelt portrayal. It’s especially hard to believe that its director, David Gordon Green, is the same man who made Pineapple Express.

I think I’m not a fan of using untrained actors in dramatic film. When it’s not purely a budgetary move, it’s usually done with the aim of providing some sort of "realness" to the characters.

The problem with that, is it’s incredibly difficult to appear natural on film. To even appear naturally yourself is almost impossible for most people. I appreciate the desire to have actors who are essentially portraying themselves, but unfortunately that’s a surprisingly difficult affect to achieve.

I’m also growing increasingly conflicted about films made by people who are not representative of the stories they’re telling. The vast majority of film directors in this country are European-American men. Over the past many decades we’ve slowly grown to have a cinema that tells more stories than just theirs, but we’re still having them do most of the telling.

Fundamentally, I don’t think there is anything wrong with someone from one group telling a story about someone from another group. It’s just when that’s virtually all we get, I think we miss out.

It’s entirely possible for someone to tell a good, or true, or useful story about someone other than themselves. Any story, that’s not purely autobiographical, is going to involve that to some degree. But the further away from the source you get, the more of an outsider perspective you’re going to have.