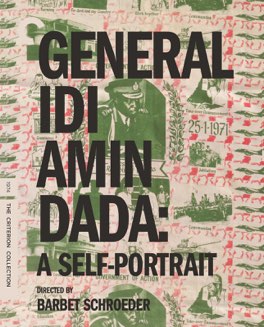 Both a chilling look into a murderous dictator, and a comical look at a goofy and charismatic ruler. That I’m having trouble reconciling the two is concerning to me.

When I was in college, the KKK decided to target my school. They started driving around the small village at night, leaving recruitment pamphlets, and intimidating people. Eventually they marched through the downtown, a truly scary event that was made slightly less scary by the fact that only four clansmen showed up. But there they were, in their hoods and everything. During the march, I was securely on campus, as my identity as both Middle Eastern and Jewish made me a possible target. What I did to pass the time, along with other minority students, was to watch a documentary called Blood in the Face, which was co-directed by one of our film professors.

The documentary is about a gathering of various white nationalist groups in the United States in the early nineties. The participants have gathered largely to discuss their belief that people of color would soon spark a racial holy war in the United States. It’s a really interesting documentary and I fully recommend watching it. The reason I bring it up though, is for one moment in particular. At some point in the film, the filmmakers ask one of the leaders of the gathering why they agreed to so much access for this film. After all, isn’t the film going to expose them? The answer is that they plan on using the film as a recruitment tool.

That idea has stuck with me to this day, and it occurred to me several times while watching this film. This is a documentary about the eponymous Idi Amin, who ruled Uganda for nine years after a military coup. The film features extensive interviews with Amin himself, as well as staged shots of various things happening in Uganda. It would have been impossible to make this film without the express involvement of its subject. The director, Barbet Schroeder, acknowledged as much by giving it the subtitle of “a self-portrait.” After the film was completed, the dictator even held the French citizens of Uganda hostage, until Schroeder agreed to cut out some footage Amin didn’t like.

The film is, therefore, as much a tool of Amin, as it is anything else. It’s a funny film, but the humor dies in the knowledge that the man creating it killed something like 300,000 of his own citizens. During an interview included with the film, Schroeder says he inadvertently got a film editor killed by Amin, simply by criticizing him. It’s important films like this exist, as they give us a valuable look into the minds of these people. Hopefully the film helps galvanize opinions against Amin, and men like him. But there is also the fear that it ennobles and humanizes them. I think this film avoids that, but then I’m hardly the person Amin would be trying to reach. It’s a terrifying thought. - Nov 30th, 2017